Non-Banking Financial Company (NBFC) is a type of financial company that can provide consumers with financial products and services despite not having a banking licence. Loans and advances, buying shares, hire-purchase, financing leasing, chit funds, etc. are the main topics of NBFC registration. An NBFC must differ from a bank in several aspects, such as the inability to take savings and current account deposits, the inability to issue checks drawn on itself, and the lack of deposit insurance and credit guarantee coverage for its customers.

The advantages of a Non- Banking Finance Company 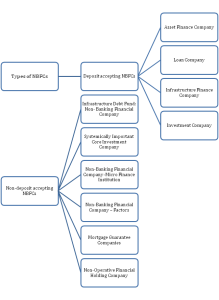 The advantages of a Non- Banking Finance Company 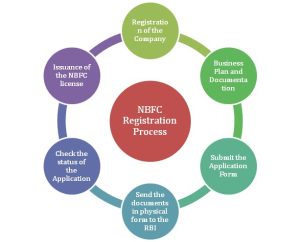 In India, the Reserve Bank of India oversees NBFC regulation (RBI). According to RBI regulations, an NBFC is not allowed to do non-banking financial activities if it does not have a certificate of registration from a bank (with the exception of NBFCs that are not under the control of the RBI) and if it does not have Net Owned Funds of Rs. 2 crores.

The following RBI regulations must be followed by any NBFC created under the Companies Act of 2013 that want to start a non-banking finance business:

According to Section 3 of the 2013 Companies Act, it must be registered.

A company’s most recent audited balance statement can be used to compute Net Owned Funds. Total Owned Funds will be made up of Paid-up Equity Capital, Share Premium Account Balance, Free Reserves, and Capital Reserve. Subtract Revaluation Reserves, the book value of Intangible Assets, and the Balance of Accumulated Loss from Total Owned Funds to arrive at Net Owned Funds. The owned funds will be deducted from the net owned funds if the investment in shares of other NBFCs, debentures, and shares of subsidiaries and group companies is greater than 10%.

A certificate from the statutory auditor declaring that the business does not hold and does not accept the public deposit.

JJJ is committed to assisting start-ups and MNCs with legal and regulatory issues associated with establishing and operating their businesses. Our objective is to provide one-click access to all people and businesses for all of their legal and professional needs. We have worked with many Indian Fintech companies, assisting them in establishing a lending operation and securing approval from the SEBI and RBI.

According to Section 406 of the 2013 Companies Act, a Nidhi company is a specific type of entity recognised in the non-banking financial industry. Their main activity is the lending and borrowing of money among their members. Additionally, they are thought of as Benefit funds, Permanent Funds, Mutual Benefits, and Mutual Benefit Funds Companies. These organisations are governed by the Ministry of Corporate Affairs in India, which also retains the authority to issue directives regarding deposit acceptance procedures. These organisations’ main goal is to instil a culture of saving and prudent spending among their serving members. In the south of India, the Nidhi Company idea is fairly well-liked.

No RBI approval is necessary to establish the Nidhi firm in India. As a result, it is quite simple to incorporate.

The undertakings of Nidhi Companies are relatively comparable to NBFCs, and as a result, they fall under the purview of the Reserve Bank of India.

The 2014 Nidhi Rules give Nidhi permission to offer its members locker space for rent. Any time during the fiscal year, the rental income shouldn’t be higher than 20% of the company’s total revenue.

The Governing Authority sets the following Conditions for Incorporating Nidhi Company in India:

Major advantages of Nidhi company registration in India include the following:

Any Reserve Bank of India regulations are not necessary for a Nidhi Company to follow. Therefore, the Nidhi Company is free to establish its own policies.

As only members conduct lending, borrowing, and depositing operations, the chance of any financial problems in the Nidhi Company is reduced.

Since the Nidhi Company registration process is more  simpler than those of other NBFCs, it does not have a significant financial impact on the Director. Additionally, it assists the Nidhi Company in obtaining commercial financing as needed for corporate expansion.

The idea behind the goal of a Nidhi Company is to encourage saving among Indians.

A Nidhi Company adheres to the Net Owned Funding System, which refers to the transaction where a sum of money is invested in the company to raise money for it. This quality lowers the cost of ownership for owners and aids in company expansion for Nidhi Companies.